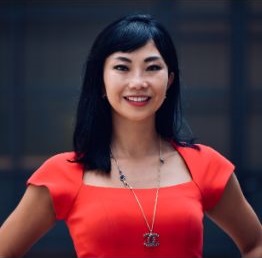 Qualified as a solicitor in Ontario

Qualified as a solicitor in New York

Eliza is passionate about building bridges between businesses in Latin America and Asia. Having grown up in Panama, Eliza leverages her Spanish language skills, her understanding of the Latin American and Chinese cultures, and her experience in commercial and trade law to identify, create, and foster commercial linkages and opportunities between Latin America and Asia Pacific for SMEs. She and her associates can assist SMEs on all the commercial and legal aspects of market entry, marketing, and promotion of their goods and services, on structuring of commercial arrangements and frameworks, on managing risks arising from trade and investments in both regions, and on managing any disputes should they arise.

Eliza has +10 years of expertise in international arbitration with a focus in institutional arbitration (SIAC, ICC, HKIAC) and ad-hoc arbitration involving Canadian, Latin American, and Chinese companies across a range of industries including oil & gas, manufacturing, and M&A.

She has advised Latin American clients in the resolution of their disputes with Chinese counterparts by leveraging on her understanding of Latin America (having grown up in Panama), and on her Spanish language skills. She is fluent in Chinese (Mandarin and Cantonese), Spanish, and English, with a working knowledge of French. Her background and experience places her in the unique position to serve Chinese clients with operations/business dealings in Latin America and vice-versa.

Prior to Singapore, she practiced at the Hong Kong office of a pre-eminent Chinese law firm representing clients in oil & gas field development, pharmaceutical distribution, investment funds, and appliance manufacturing.

Whilst she was practicing at a top-tier Canadian firm in Toronto she also represented (among others) Canadian resource companies with operations in Latin America on commercial litigation, internal investigations, international trade law matters, investment treaty disputes, as well as international arbitration.

Notable examples of Eliza’s experience include: